Niimi-han (feudal domain) was established in the year of 1697 (Genroku 10) by Nagaharu Seki who was the first Lord of Niimi-han. This han owned 18 thousand-koku (koku is volume measurement unit: one koku equivalent to the amount of rice consumed by an adult man per year). The lord administered affairs of province at the palace, not at a castle, because, during the Genroku period, the Tokugawa Shogunate did not allow local provinces to build castles. The palace was called Gotenmachi, as this district was named after.
Seki family was closely related to the Mori by marriages; both families were from Mino province (current Gifu prefecture) and served the Lord Nobunaga Oda. In 1582, Tensho 10, three brothers out of four, Ranmaru, Boumaru, and Rikimaru, were killed in the battle of Honnouji-Temple, faithfully following their Lord Oda. The youngest brother, Senmaru, was the only Mori family survivor. He was later named Tadamasa and received Tsuyama province from the Tokugawa government in recognition of his contribution at the battle of Sekigahara. Tadamasa Mori was the first Lord of Tsuyama province where Seki family also moved. The second generation of the Mori was Nagatsugu who was adopted from the Seki. In return, Nagaharu, the son of Nagatsugu, was adopted back to the Seki family to establish a new clan with 18 thousand-koku inside Tsuyama province. After a sudden death of the fifth generation of the Mori, the Lord Atsutoshi, there was no one to carry on the family name. Eventually, in 1697, Mori family was divided and relocated to Mikazuki and Akou castle in Banshu (current western Hyogo prefecture), and the Seki to Niimi in Bitchu (current northern Okayama prefecture). It is how the Niimi han was born.
Seki family had carried on to the ninth generation until the Meiji-era and currently the thirteenth, Masaru Seki, lives in Saitama prefecture. 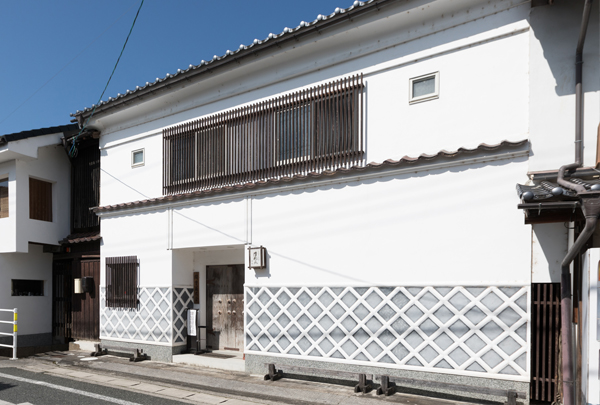 Mint bureau, Iron Wholesaler, and Sake Brewery in the Edo period, Tsunokuniya’s Uchikura was built in 1814 （Bunka 11） exactly when Houkoku Yamada was studying at the home-school under Shouin Marukawa.
Inside the Uchikura are displayed a Shinto alter, that has the width of 2.7 m, with seven different Gods, a gargoyle （roof-ornament） of sake brewery, a letter from Houkoku Yamada, and other household items. Townhouses 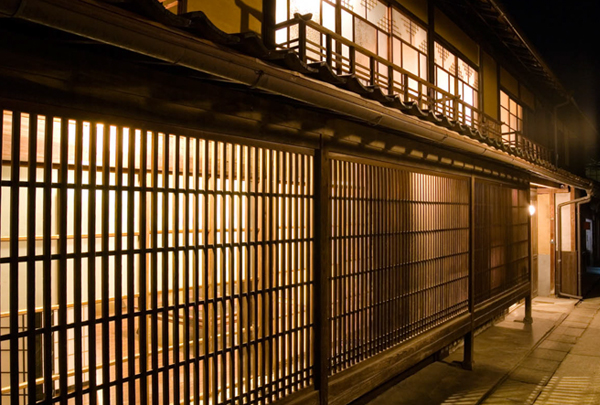 Matsuba was most popular from 1870 to 1955 （the Meiji-era to Shouwa 30）. It was built in 1893 （Meiji 26）; part of four terraced houses owned by Tsunokuni-ya. Two of the four houses were later renovated towards early 1900’s （the end of Meiji） to provide a luxurious restaurant where fashionable people gathered and enjoyed the music of traditional love songs, ballads, popular songs, etc. The alley in front of the restaurant named Shamisen Yokochou, formerly Tanuki Kouji, brings us back even now to the mysterious atmosphere, as though we could be hearing the sounds of wooden clogs worn by Geisha and wealthy gentlemen. 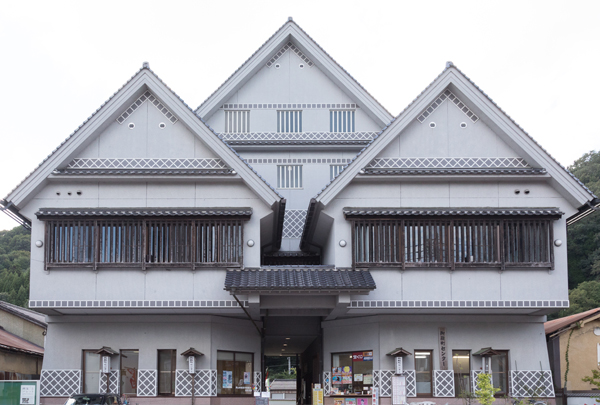 Gotenmachi Center is a facility supporting the local community since 1994 （Heisei 6）. Previously this was Motofuku Sake Brewery. The outside style of the building was modelled on a merchant’s warehouse in the Edo era. The facility exhibits materials relating to Seki Family, and is also equipped with seminar rooms. Historical Sites 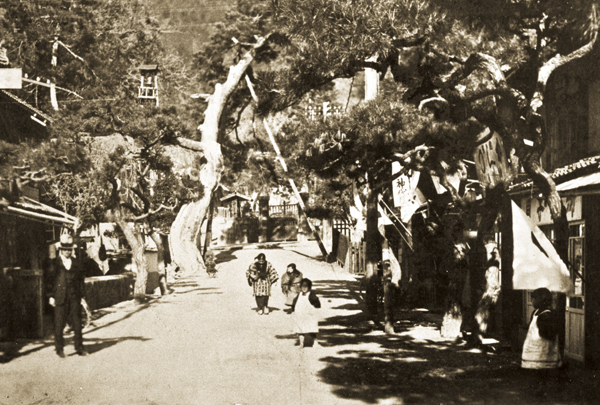 A lord of Seki named this street Jufuku-Matsubara. Jufuku was derived from Jufuku-in, the posthumous Buddhist name of Nagamasa Seki （han founder）. The street name, Matsubara, is still used though the withered 200 years old pine trees, matsu, were cut down in 1940 （Shouwa 15）. The tenth lord, Hironao, wrote the “Jufuku Matsubara Document” that is preserved as a treasure at Seirai-ji Temple 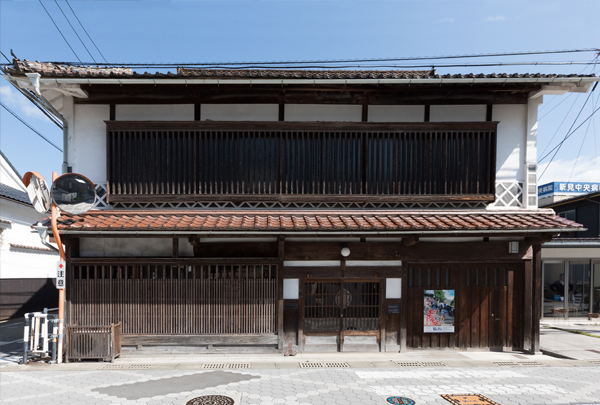 Oike family was one of the major merchants who obtained great wealth in the vicinity of Naka-machi which played a central role for commercial development in Niimi. The family’s house was built around 1900 （at the late Meiji-era）, the family owned and operated a department store dealing with a variety of goods including KIMONO fabric. Currently, the residence is on loan to Niimi city and is used as community facility. 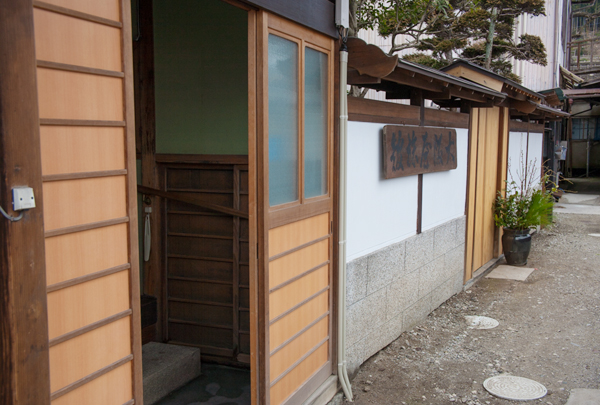 Osaka-ya was operating hotel business from 1870 to 1955 （the Meiji period to Shouwa 30）, and this annex was built in around 1930’s （the early Shouwa）. Its alcove post, made of black persimmon wood, remains intact. This reminds us of the prosperity of their business at that time. In those days, guests from political and business circles stayed here. One of those frequent visitors was Ryogo Hashimoto, former Minister of health and welfare. 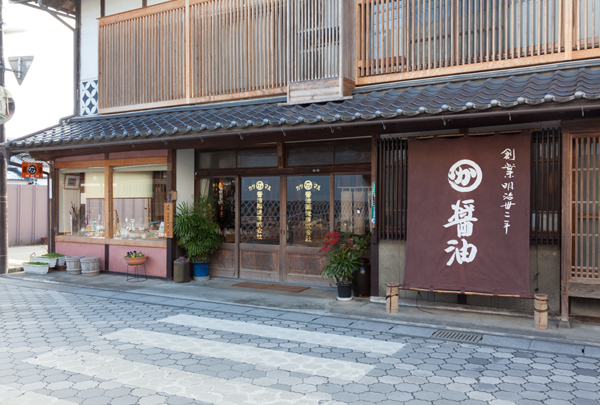 Katsumaru started their soy sauce business in 1889 （Meiji 22）. Their current shop building was influenced by the architectural styles of Taishou and Shouwa. The gallery exhibits art works as well as selling local products throughout a year. It is a modern yet nostalgic space where local people gather and relax themselves. 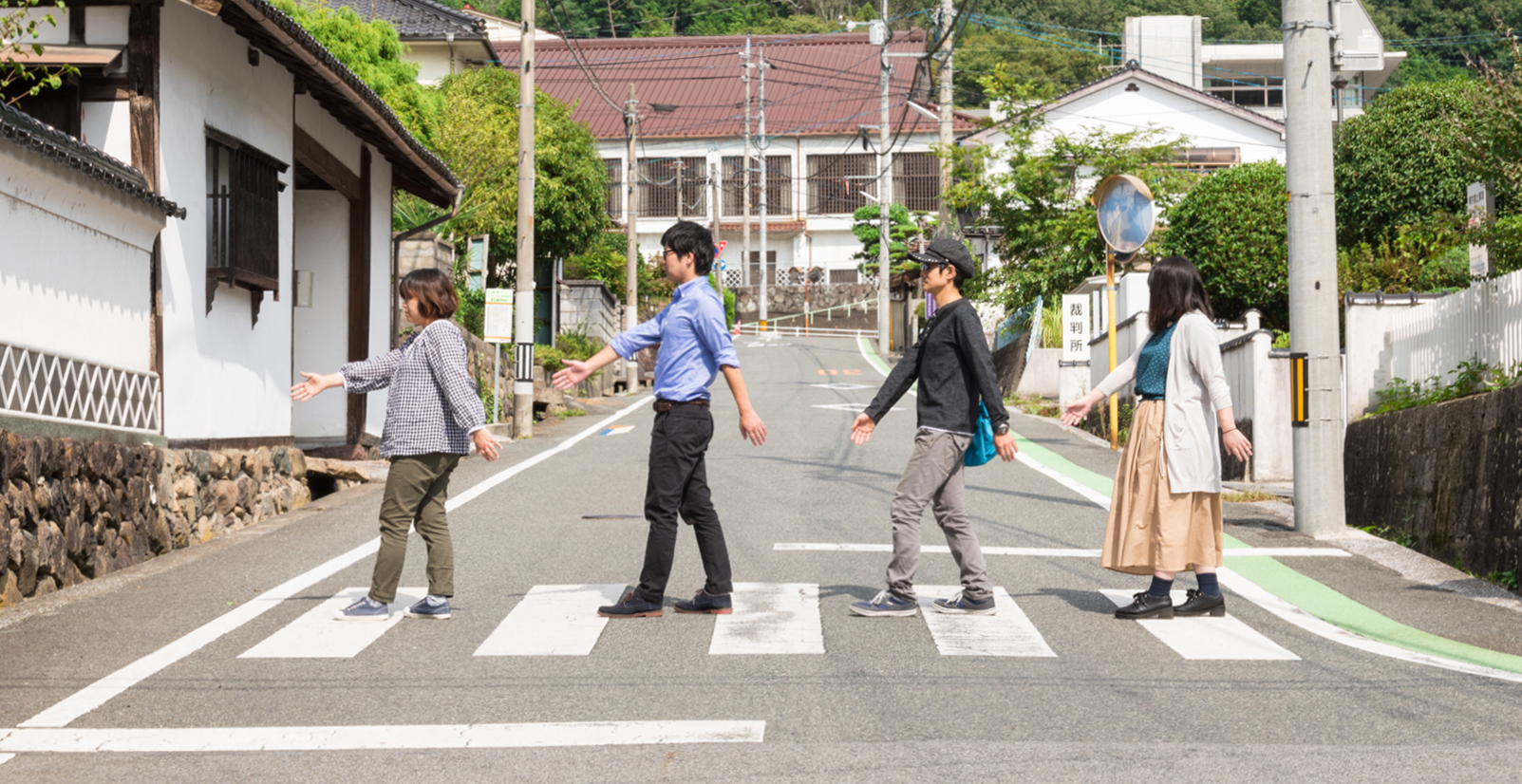